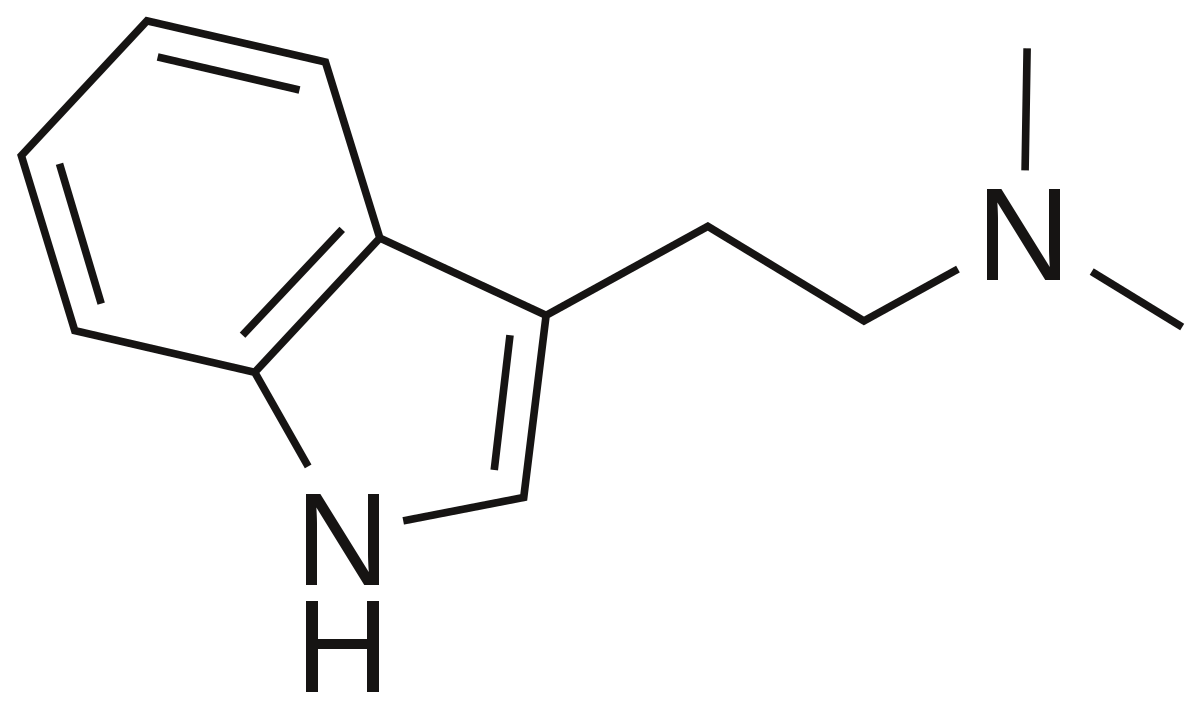 DMT (DiMethylTryptamine) is a neurotransmitter of the tryptamine family that occurs naturally throughout nature, being found in plants as well as in mammals. In humans, it is produced – among other places – in the pineal gland, a small walnut-shaped gland situated in the brain behind the centre of the forehead (the Third Eye of yogic tradition). While the pineal gland has been know about for centuries and DMT and its production within the pineal for a hundred years or so, there has been very little study of what role DMT plays in the body. However, it has become very closely associated with dreaming and visionary states, including those that fall under the heading of Near Death Experiences – these associations are not without foundation as DMT is also regarded as one of the most powerful hallucinogenic/psychedelic substances and certainly the most powerful of the naturally-occurring tryptamines.

Current knowledge of, and research into DMT, has been very limited for a number of reasons. Firstly, it is not clear what role it plays in the lives of humans and other mammals. Give the powerful psychedelic effect it has when administered to humans – either intravenously in clinical environments, inhaled as smoke from the crystalline extracts, or ingested with an monoamine oxidase inhibitor (MAOI) in the form of Ayahuasca or similar – there is no obvious incidence of its effect on humans in the “normal” course of life. Combine this with the legal status of DMT as a psychoactive substance, it has thus largely sat beyond the reach of neuroscientists to conduct detailed studies as to its role and application in mammalian biology nor indeed for botanists to seek to understand quite why such a powerful “drug” appears so ubiquitously in nature.